We design experiments and write proposals for professional review boards for the chance to send our experiments to space!

Valley View High School physics students compete for the opportunity to conduct a microgravity experiment aboard the International Space Station (ISS) as participants in the Student Spaceflight Experiment Program (SSEP).

In SSEP Mission 12, a team of 4 students successfully completed a microgravity experiment onboard the ISS.

Principal investigators Titan Lam, grade 12, Roman Lara, grade 10, Semajj Martinez grade 12, and Douglas McCormack grade 11 from Valley View High School were selected to send their experiment, "The Effects of Microgravity on Soybean Germination," to the International Space Station (ISS). Their experiment launched on board the SpaceX CRS-15 from Kennedy Spaceport on June 29, 2018. It was onboard the ISS for 4.5 weeks and then splashed down off the California coast on August 3, 2018. The students received their experiment and concluded their mission on August 13, 2018.

Our VVHS Mission12 Eagle team conducted the experiment, "The Effects of Microgravity on Soybean Germination." They loaded two dry and sterilized soybeans into a Fluid Mixing Enclosure (FME) tube provided by NanoRacks. Astronauts on-board the ISS mixed the dry soybeans and water to start the soybeans germination in microgravity. Just before the experiment was sent back to Earth, astronauts mixed the alcohol to stop the soybeans from growing further. When the tube was returned to our lab, the microgravity experiment was compared to an identical ground-truth experiment that was conducted here on Earth by the team. The team observed differences in the growth rate of the soybeans.

Per tradition, all spaceflight missions have a mission patch to represent the mission. Valley View Eagle art student, Jessica Gonzalez won the high school Mission 12 Patch Contest and Vista Heights student, Khalilah Harris won the middle school Mission 12 Patch Contest. Their designs, above, represents our MVUSD community and the SSEP Mission 12 flight experiment, "The Effects of Microgravity on Soybean Germination" from Valley View High School. The artwork traveled to the ISS with the experiment and was returned spaceflight certified.

The VVHS Mission 12 student team participated in the SSEP National Conference from June 28 - 29, 2018 at the Smithsonian Air and Space Museum in Washington D.C. They networked with other SSEP student scientists from across the nation, Brazil, and Canada and gave their oral presentation about their experiment details to their colleagues in the Moving Beyond Earth Gallery. They were also present for the historical moment when the launch for the Mission 12 payload onboard SpaceX CRS-15 at Kennedy Spaceport in Florida coincided with the gathering of SSEP Mission 12 student scientists in Washington D.C.  The assembly of student scientists was treated to an early morning live streaming launch event in the Moving Beyond Earth Gallery inside the Smithsonian Air and Space Museum. The team was accompanied by MVUSD Superindent, Dr.Martinrex Kedziora, MVUSD Board Members: President Mr. Jesús Holguín and Vice President Mr. Cleveland Johnson, VVHS Principal Mrs. Karen Johnson, MVUSD SSEP Program Director, Mrs. Deepika Srivastava, and Physics Teacher, Mrs. Stacy Katzenstein. 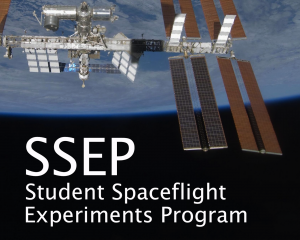 represent the MVUSD community and Palm Middle School’s "The Growth and Development of Sustainable Brine Shrimp in Microgravity"  flight experiment. 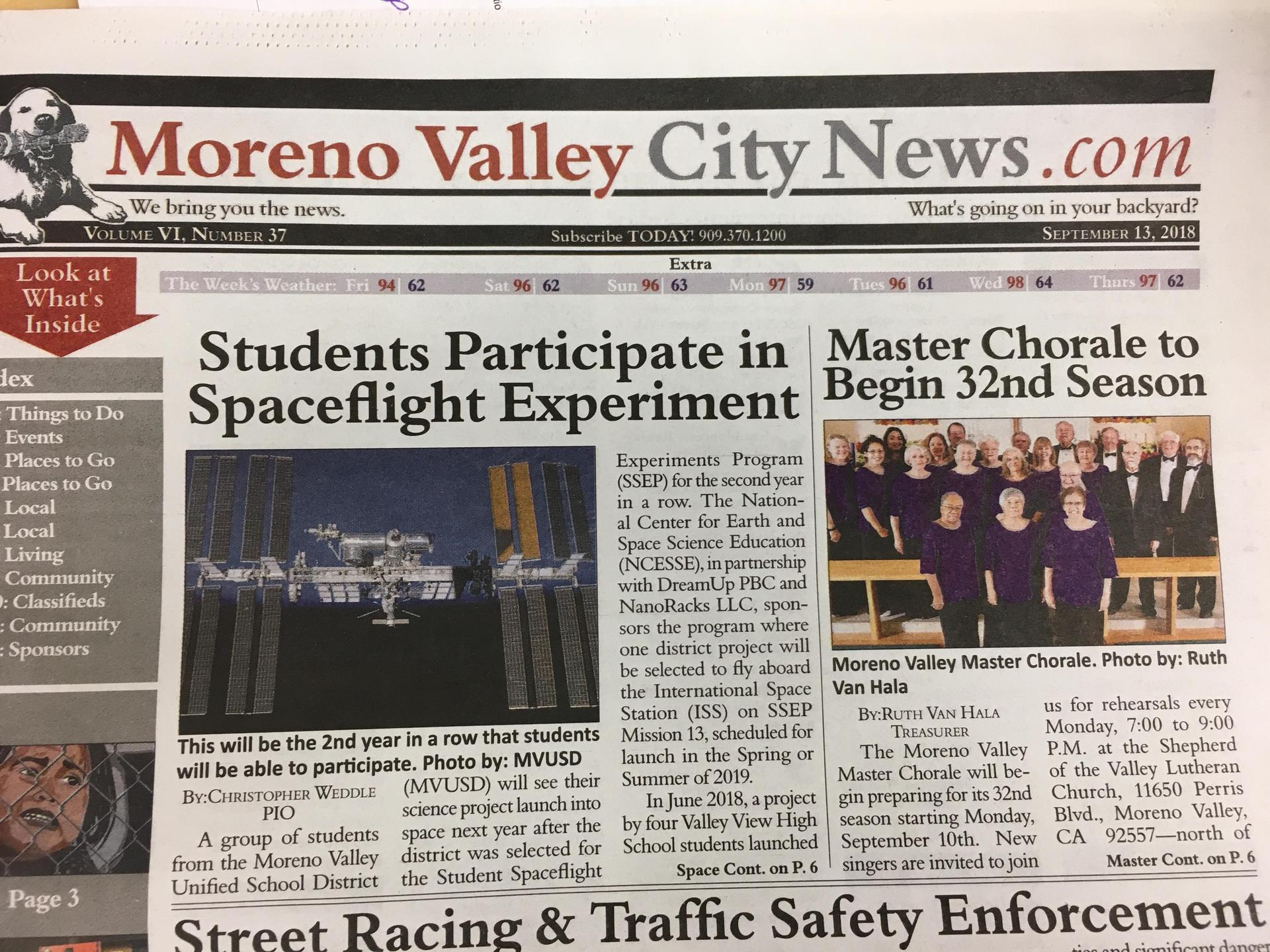 Read about us in the

The teacher advisers for the VVHS SSEP program are: